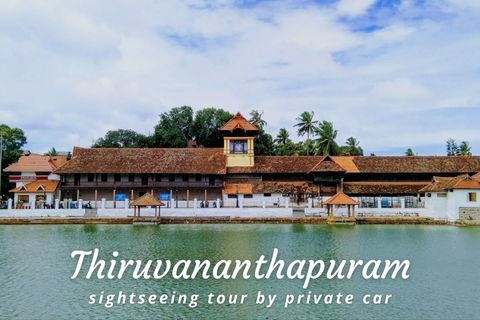 Kerala is well known for its secular co existence and religious harmony. This reflects in pilgrimage centres in Kerala. Kerala has so many wonderful pilgrimage centres. Cleanse your mind in the divine ambiance of this pilgrim centres and returned with a calm and composed mental state.

The temples, mosques and churches in Kerala offers one with the holistic feeling. Feel the spirit of happiness, goodness, joy and mental peace during your visit to the pilgrimage centres in Kerala.

This temple located in the capital city Thiruvananthapuram is one among the 108 Vishnu temples in India. The 6 meter long image of Vishnu reclining on Anantha the Serpent, partly covered with gold and embellished with precious stones is viewed in three sections through three doors. Only Hindus are allowed in this temple. Arattu is the important festival here.

Guruvayoor Sree Krishna temple is one of the most sacred pilgrim centres not only in Kerala, but in India. It is believed that the temple is created by Guru, the preceptor of the Devas, and Vayu the Lord of Winds. The square Sreekovil is the sacred sanctum of the temple which houses the main deity. Guruvayoor temple has the images of Ganapathi, Sree Ayyappa and Edathedathu Kavil Bhagavathy.

Vaikom temple, one of the oldest and most famous Shiva temple in the world is located in the banks of Vembanad lake. During Sabarimala season pilgrims come down here and worship the Annadana Prabhu Lord Shiva. Kshethra Kalapeedam, a school teaching temple arts is attached to the temple.

Attukal Bhagavathy temple is popularly known as the Sabarimala of women. This temple is located in Thiruvananthapuram, the capital city of Kerala. Attukal Pongala, the annual festival commences on Bharani day in Kumbhom (February - March) continues for nine days. Pongala is an offering usually made in Bhagavathi temples.

Sabarimala attracts so many pilgrims from every part of the country each year. This well known pilgrim centre in Western ghat has the holy shrine dedicated to Lord Ayyappa. Sabarimala is surrounded by hazardous hills Karimala and Neelimala.

Sabarimala is a model of communal harmony and secularism. The devotees are known as Ayyapas. They take a 41 days ‘Vratham’. The pilgrimage season comes between the latter half of November and the former half of January every year.

Other important Hindu pilgrim centres in Kerala are:

Cheraman Juma Masjid is a popular muslim pilgrim centre located in Thrissur. This is the first mosque in India. This Mosque resembles a Hindu temple in appearance and was built in 629 A.D. The oil lamp at the centre of the Mosque is of great significance to people of all religions.

Beemapalli Dargah Shareef is an important muslim pilgrim centre dedicated to Bee Umma a pious Muslim women with great spiritual powers. This mosque is situated twelve kilometre from Thiruvananthapuram. The ten day long Chandanakudam festival in Beemapalli is a colourful festival. Lots of pilgrims from different part of the state visit this place during the festival.

The Jama - at Mosque, Malappuram

An important pilgrim centre of Muslims. The annual Nercha Festival conducted here in April for four days is an important event.Adjoining the mosque is the mausoleum of the Malappuram Shaheeds (martyrs) whose brave exploits have been immortalised in the Mappila ballads.

This is a prominent Muslim pilgrim centre situated in Kondotty eighteen in Malappuram district. The Valiya Nercha festival celebrated for three days in February - March is the main attraction of pilgrims to this five hundred year old Mosque.

This is a popular muslim pilgrim centre. The mortal remains of a revered man in Muslim community, Uthman Auliya is entombed here.

Other Muslim pilgrim centres in Kerala include:

This is one of the important christian pilgrim centre in Kerala.The mortal remains of blessed Sr. Alphonsa is kept in this church.

The first European church in India is an important christian pilgrim centre. The mortal remains of Vasco da Gama before taking to his native was kept here.

St. George Church has a past from 593 A.D. Even non Christians came here for veneration. The festival begins on 23 April. On May Day, the St. George statue is taken out of its usual podium and pedestaled on specially decked chariot for procession which has all the features of a solemn catholic religious function.

This Christian pilgrim centre belongs to Knanaya Orthodox Syrian community. Valliyapalli is famous for its Persian cross and Pahlavi inscriptions.

This Christian pilgrim centre is established by Portuguese missionaries. It is located at 22 km north of Alleppey. The eleven day long St. Sebastian is celebrated here in the second week of January. On January 18, two days left for the main festival, thousands of Sabarimala pilgrims, while returning home, bathe from the church tank and pay homage to St. Sebastian. This shows the religious harmony in kerala.

The church established in 1676 is situated in Vallarpadam islet. St. Mary’s church has a picture of blessed virgin Mary which was erected here by the Portuguese. This picture is believed to have miraculous powers. The feast here is held on 24 September. The week-long celebration accompanied by a big fair is popular.

This Christian pilgrim centre is well known for Rakkuli festival commemorating the Epiphany feast. This feast is celebrated on 6 January. The festival symbolizes the Biblical account of the three Wise Men from East who left for Bethlehem to adore infant Jesus.

St. Mary's Church is one of the outstanding churches of the Syrian Jacobite. This church of Kerala is famous for the eight day fast in honour of St. Mary starting on 1 September. Holy Mass is offered on the feast days.

This church is famous for the feast which falls on the third Sunday after the Easter. The statue of the saint is taken out in procession on the day.

Other popular Christian pilgrim centres in Kerala include: