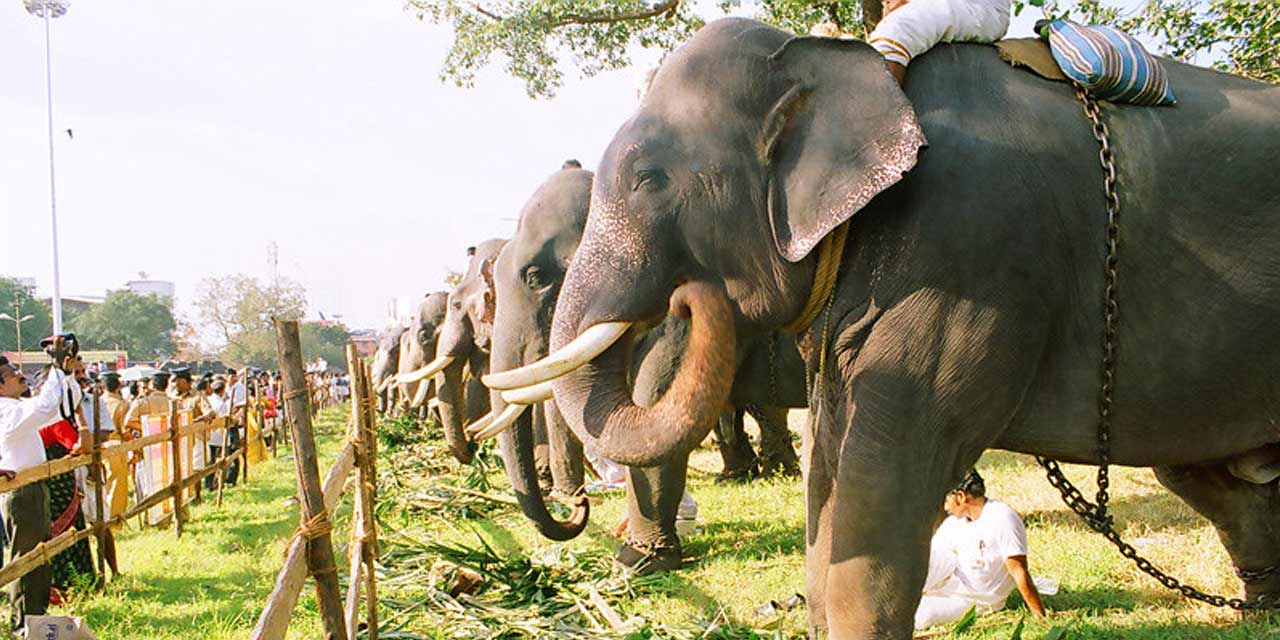 Thrissur, the quiet small town is the cultural capital of Kerala. Ideally located at the central region of the Kerala, Thrissur is popular for its annual festival called Thrissur Pooram. This is the most colourful and spectacular temple festival in the country and draws thousands of tourists from different part of India and across the world.

The original name of this place was Thrissivaperoor which was named after Lord Siva. Thrissur is home for many cultural, artistic and academic institutions. This scenic city has its own historical significance as it has witnessed rise and fall of many kingdoms. Perumpadappu Swaroopam, Zamorins of Calicut, Invasion of Portuguese and eventually the British played a major role in the history of Thrissur.

Places to Visit in Thrissur

Thrissur boasts of the marvellous attractions spread in and across the city. The city attracts all the kind of travellers with its natural scenic attractions, religious, spiritual spots and modern artistically build water theme park. Cultural institutions like the Sangeetha Nataka Academy and Lalithakala Academy are visited by students and cultural tourists.

Vadakkumnathan Temple, one of the oldest temples in Kerala is believed to have been built by Parasurama who is said to have reclaimed Kerala from the Sea. This temple is one of the largest temple in Kerala and is famous for its architectural beauty. The main deity is Lord Siva and is represented by a magnificent Mahalingam.

Thrissur Pooram is called as the ‘pooram of all poorams’. Thrissur Pooram has a special charm in Kerala. This colourful festival is celebrated at Vadakkumnathan temple in April. Situated in a hillock at the centre of the city The temple is crowded with thousands of devotees.

Sakthan Thampuran, the ruler of Kochi is the founder of this festival and is called as Peoples festival. The Pooram is magnificent with elephant Procession, fireworks and umbrella showing competition. The main venue of the pooram festival is the Thekkinkadu Maidanam.

During Pooram festival Thrissur, popularly known as the temple town become a place of colour, music and mirth and will elate your soul. The Pooram programmes lasting about 36 hours begins with the ezhunellippu and ends with spectacular fireworks.

This museum was once the summer palace of the Kollengode rajas and then its converted to a museum. This archaeological museum started as a picture gallery in the year 1938. There are copies of mural paintings from Mattancherry Palace and some temples in Kochi.

Later in the year 1948 an archaeological gallery was added along with the picture gallery to exhibit the archaeological findings and excavated material of the Department of Archaeology. These shifted to new building in 1975 and named as Archaeological Museum.

Sakthan Thampuran Palace also known as Palace Thoppu is a classic example of the simple lifestyle of Kerala rulers. The garden in the palace houses the tombs of three noble including that of Sakthan Thampuran. The gardens are maintained well with a Sarpakavu (a snake shrine), a tank and a Shiva temple. The palace is also beautiful with so many halls including a musical hall.

Thrissur Zoo located at distance of 2 km spreads over an area of thirteen acres. This is an ideal haunt for animal lovers. One can see tigers, camels, sweet mithun hippos, Pink flamingos, lion tailed macaque, sloth bear, and so many species of birds.

The snake park has an impressive collection of reptiles. The endangered species like Asiatic Lion is found in Thrissur zoo. Inside the Zoo is the Natural History Museum.

The Temple city is also a well known industrial and shopping centre. The city is famous for traditional and design gold ornaments. In Thrissur shopping can be enjoyed at both shopping complexes and shops spread all over the city.

Few of the most popular shops in Thrissur are Aishwarya Foreign Collection, Dubai Corner and Chithrapuri Duty Paid Shop. There are some handicraft stores also. You can visit Surabhi Handicrafts emporium, Nadavaramba Krishna & Son.

In Mangalore Music Stores in Thrissur you will get the five music instruments that make the panchavadyam. Thrissur has the highest number of jewellery stores in Kerala. You can also buy some good quality silk sarees in here.

Where To Stay in Thrissur

Where To Eat in Thrissur

Thrissur offers you the culinary kerala delicacies. You can try both vegetarian and non vegetarian in Thrissur. One can try Kalan, Thoran, Avial, idiyappam, Vellayappam, and Thrissur special fish curry which is made with Mangoes, coconut milk and kokum.

Some of the places close to Thrissur which worth a visit are Vilangankunnu, Aarattupuzha Temple, Urakam Ammathiruvadi Temple and Arthat.