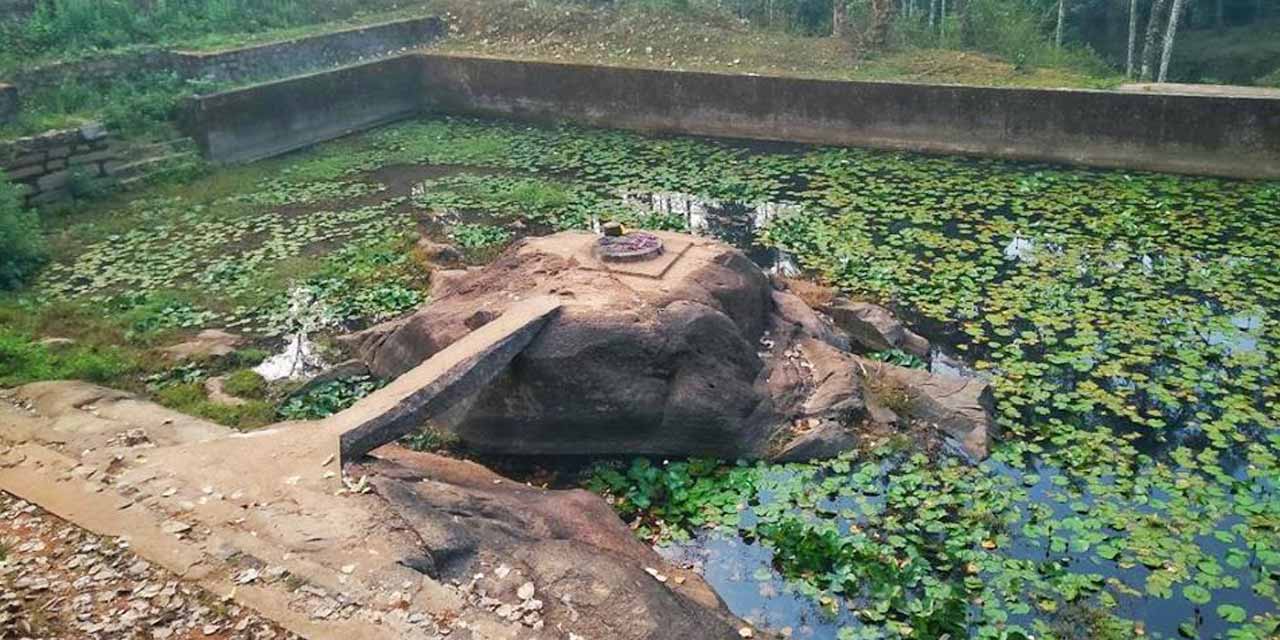 Set in the pristine backgrounds of the Brahmagiri hills, Thirunelli welcomes you with the scenic beauty, chattering streams of Papanasini and the calm and soothing ambiance of the Vishnu temple near the Papanasini.

Thirunelli is most famous for the 3000 year old temple devoted to Vishnu. It is believed that Lord Brahma, the creator himself installed the idol of the presiding deity in the temple. The Brahmagiri Range appearing behind the temple make a spectacular background for the temple.

Thirunelli is known as Thekkan Kasi or Kashi of the South. The scenic beauty of the place made it the most visited attraction among the pilgrim centres.

Places to Visit in Thirunelli

Thirunelli temple located in the Brahmagiri Hills in Northern Wayanad was once a well known trade centre. Today it is a famous pilgrim centre. There are mention about this temple in many historical records dating centuries back and also there are many archaeological sites around the temple.

The temple with the brahmagiri hills looming behind is a major pilgrim centre. The shrine of Vishnu with its rough unpolished architecture is shielded by 30 granite columns and faces east. The evidence that has been found recently suggests that there were two main villages near the Thirunelli Temple.

Excavations have found coins that date back to the 9th and 10th century. This indicates the importance of this temple in the history of Kerala. Towards the southern side of the Thirunelli temple is the temple pond called Panchatheertha.

Many carvings and sculptures can be seen near this holy pond. Papanasini, a small stream that is located around 1 km from the temple complex is another attraction. As a dip at this stream is reputed to be able to cleanse the body of all impurities. Vishu the new year of Kerala is celebrated in Thirunelli with great splendour.

The Panchatheertha Tank on the southern side of the temple was a pond earlier days. It was in this pond the water from five rivers used to meet, hence came the name.

During summer the water dries up. There is a mound at the centre reachable by a stone bridge. The mound has a stone slab imprinted with Vishnu’s feet called Vishnupad. A path through the forest leads to Papanasini.

The deep rock caves, formed among the thick rocks at the northern top end of the Brahmagiri houses various birds and wild beasts. Pakshipathalam is close to Kuruva Island, a 950 acres of evergreen forest on the tributaries of river Kabini.

On the way from Thirunelli to Mananthavady is the beautiful Thrissilery Temple a temple dedicated to Lord Siva. An interesting mythology is related to this temple. There is also a temple complex in here.

Where to Stay in Thirunelli

There are some best hotels and resorts in the upper Wayanad region. You can stay in any of these hotels which are closer to Thirunelli. There are budget and luxury hotels. You can choose any of these as per your budget.

Places to Eat in Thirunelli

In Thirunelli there are two eating joints both of which are strictly vegetarian. They are Vishnu Padam and Nambisan. For Non veg meals there are Asbe Restaurant and Hotel Meriya where you will get fish, chicken and mutton. The rice inhere is mostly Red rice.

The weather is pleasant throughout the year at Thirunelli. However. it is best to visit the town during the winter season that is from the month of December to February. During this period, the maximum temperature is mostly below or up to 25°C and the minimum temperature is generally around 18°C.

The nearest airport is at Kozhikode which is around 80 km from Thirunelli. One can hire taxi cabs from Kozhikode to Thirunelli.

The nearest railway station is Kozhikode. Tourists can hire taxis from here to the destination. The station is connected to many cities of the country.

Tourist will have frequent and regular bus services between places like Mysore and Kozhikode to Wayanad District.