Pathanamthitta, the smallest district in God’s own country is renowned as the centre of Pilgrim Worship in Kerala. The famous shrine of Lord Ayyappa in Sabari hills is situated in Pathanamthitta. Every year crores of pilgrims visit the adobe of Ayyappa in the sacred sabari hills.

Pathanamthitta is also known for learning and experiencing of many cultural and traditional practices of Kerala. This is a land of cultural training centres, water fiestas and pilgrim centres.

Pandalam is another attraction in this antique land. But Pandalam is second only to Sabarimala in sanctity. Kozhencherry in Pathanamthitta is famous for the biggest Christian religious convention known as the Maramon convention. This is the biggest religious gathering of the Christians in Asia.

Places to Visit in Pathanamthitta 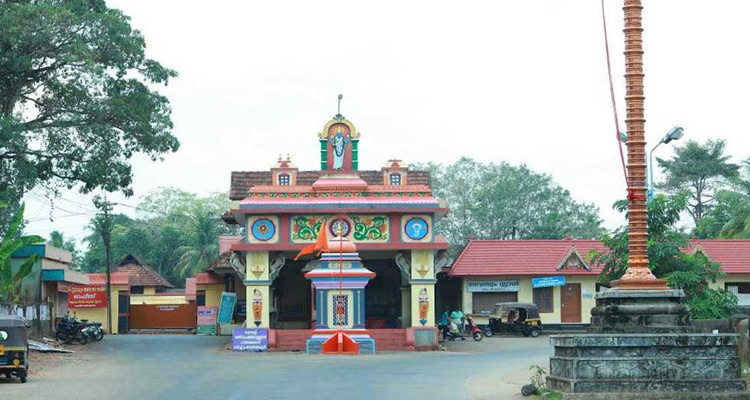 This magnificent 4000 year old temple is located on the banks of River Manimala in Thiruvalla. This temple holds the Garuda Stambh, a unique 54 feet flag mast made of a single granite block and crowned by an idol of Garuda.

The stambh was constructed by the Legendary architect Perumthachan. This is the only temple in the country where Kathakali is performed as a daily offering. 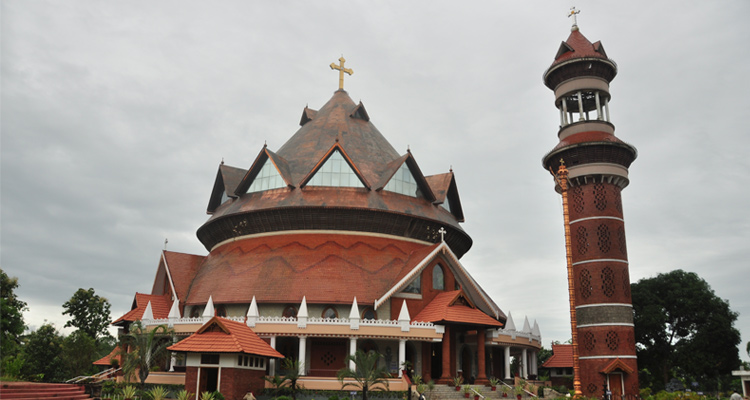 This sparkling new cathedral is a fusion of modern and traditional Kerala architecture. This church is placed in place of the original church. This circular church is an amazing architectural beauty.

The outer walls have stone lamps, pillars and a huge brass lamp. Also it has a copper covered roof and flag mast. the church can accommodate 2000 people. The lighting and colour of the church made the ambiance even more elegant. 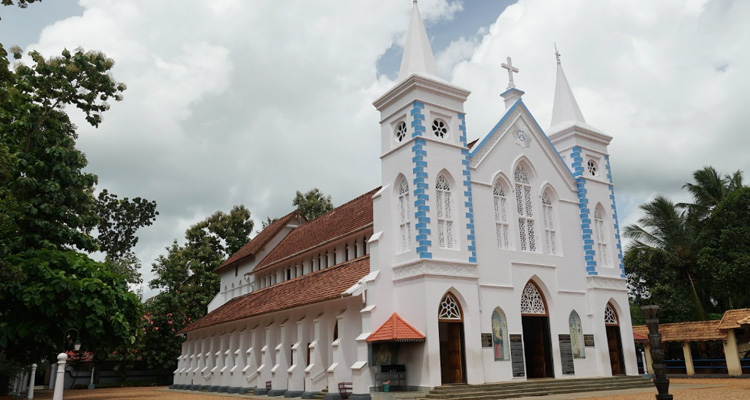 St Mary’s Orthodox Church also called as Niranam church is one of the oldest church in India. The original church was built in 54 CE, but has been reconstructed four times. Inside the church there are 500 year old urns, ancient chandeliers and aged brass lamps. This is one among the seven-and-a-half churches said to have been established by St Thomas. 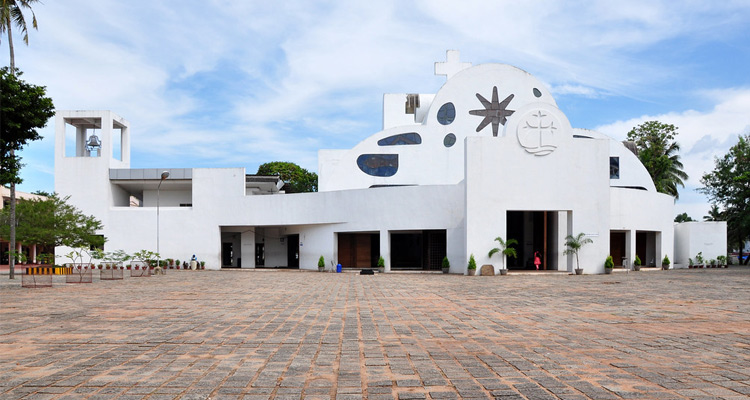 Parumala is a famous Christian Pilgrim centre in Pathanamthitta district. This is India’s first church. The church houses the tomb of St Geevarghese Mar Gregorios, Malankara churches first saint. The remembrance day celebrated during November every year draws thousands of people from different part of the state. Irrespective of cast every people visit here during the day.

5. The goddess of Chengannur 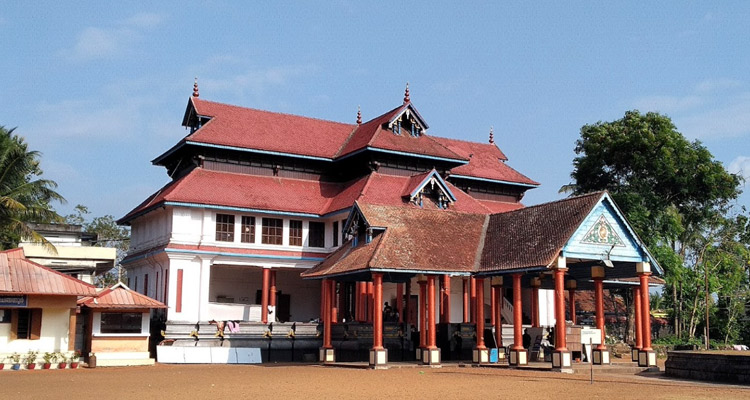 The chengannur Mahadeva Kshethram is where women’s menstruation is celebrated. The idol here is goddess Parvati. The belief is that Parvathy had menstruated while visiting Chengannur. This phenomenon is worshipped here annually in the Thripoothe Arattu Festival. Chengannur is where three of the five temples built by the Pandavas is located. 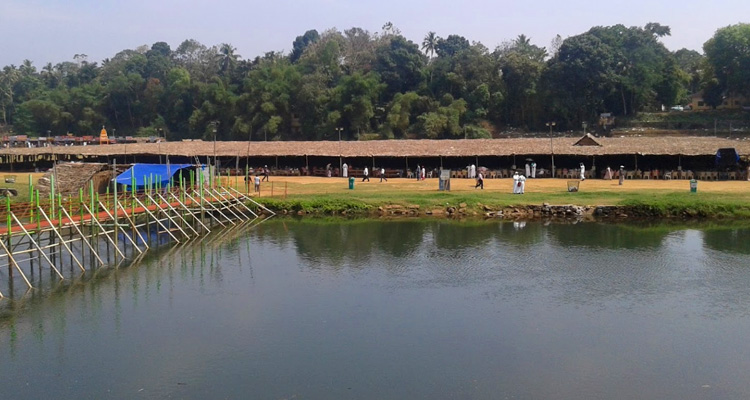 Maramon convention is Asia’s largest congregation of Christians. Maramon in Kozhencherry is a beautiful place in Pathanamthitta. The event originated to unify and thus counter the latinisation of Syrian Church by Portuguese Missionaries. 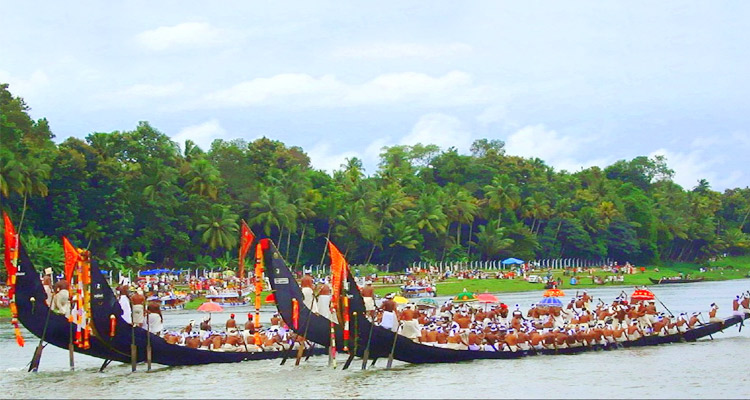 Aranmula, a heritage village situated on the banks of the famous river Pamba is famous for diverse attractions. The Parthasarathy temple situated in the heart of Aranmula gave the place its name. This is the most important of the five temples built by the Pandavas. The Krishna temple here is an important pilgrim centre which attracts large number of devotees.

During Onam a Snake Boat Race is held here as part of the festival during the period August / September. The famous snake boat race is conducted at the stretch of River Pamba. The snake boat resembling a snake with a length of about 100 ft and height of about 20 ft is a wonderful.

Aranmula is also a training centre of traditional arts and crafts of Kerala. Vijnana Kalavedi at Aranmula imparts training in Kathakali, classical dances, classical music as well as Kalaripayattu, the martial art form of Kerala. 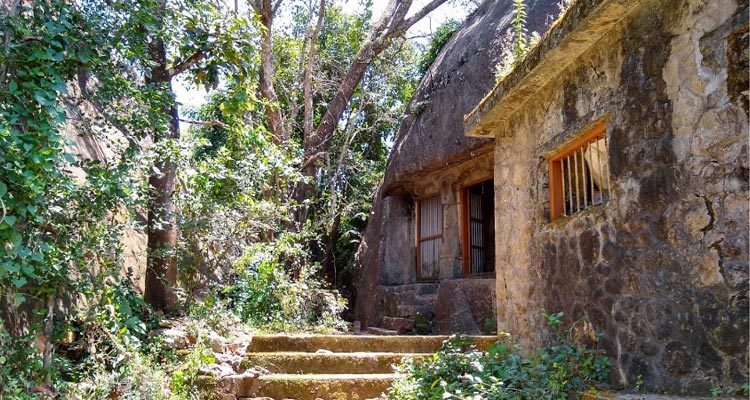 This 50 foot high rock cut temple dates back to eighth century. The temple was built in Pallava style of architecture. There are beautiful carvings in the temple. 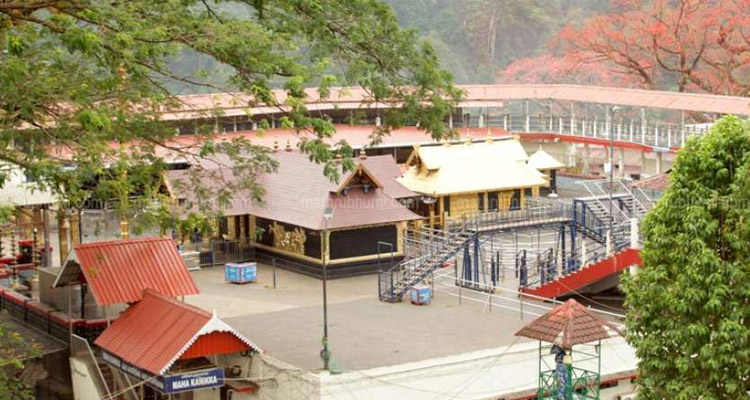 Sabarimala Sree Dharmasastha Temple is one of the most famous pilgrim centre in Kerala. The holy shrine is dedicated to Lord Ayyappa. This temple is situated on the sacred Sabari Hills about 914 metres above sea level. The temple is amidst the thick forests in the refrains of the Western Ghats.

It is believed that Lord Ayyappa is the guardian of mountains and there are several shrines dedicated to him all along the Western Ghats. The popular festivals in here are the Mandala Pooja, Makara Vilakku and Vishu Vilakku. 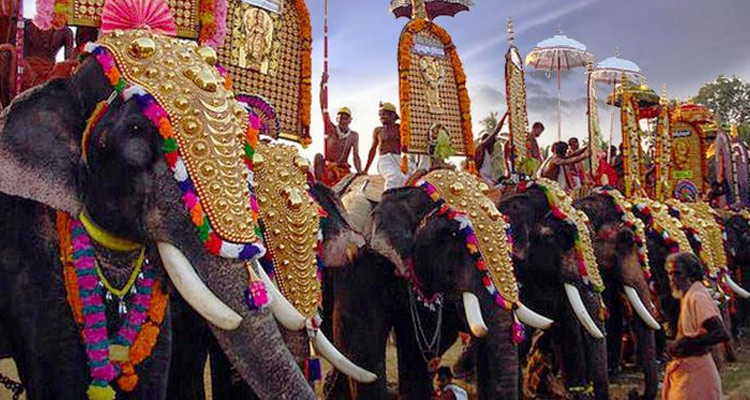 Parthasarathy Gajamela is a famous festival conducted in January. Crowds gather here to see the nine caparisoned elephants. These elephants move to Chennampatti temple. There is a wonderful statue of Parthasarathy close to the temple pond. 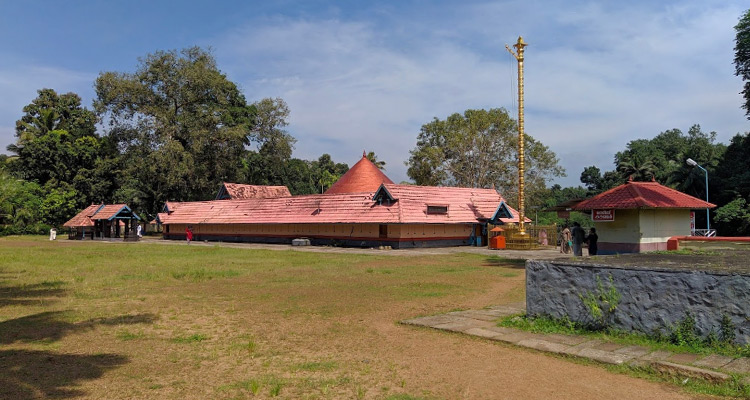 Pandalam is a famous pilgrim centre after Sabarimala in Pathanamthitta district. It is believed that Lord Ayyappa, the presiding deity of Sabarimala had his human sojourn as the son of Raja of Pandalam. Pandalam is famous as the pilgrims of Sabarimala worship here before proceeding to Sabarimala.

Three days prior to Makaravilakku, the chest containing Thiruvabharanam, the sacred ornaments of Lord Ayyappa is kept here and is later taken in a procession from Pandalam to Sabarimala. 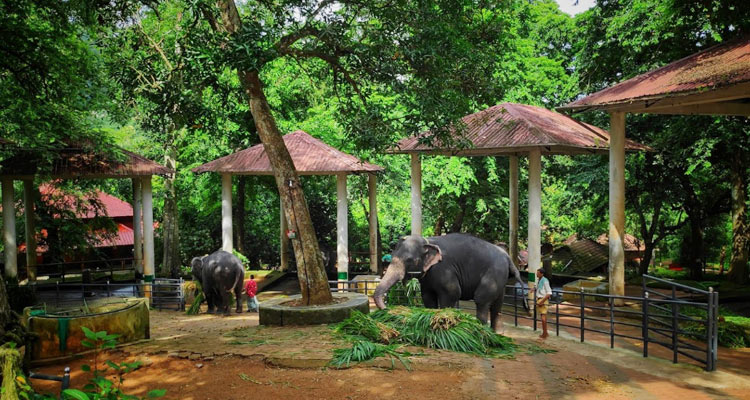 Konni situated 11km away from Pathanamthitta is the gateway to the forest. This place has a significance in the past as this is where the elephants caught from forest were kept to be tamed and trained for work. During those days wild elephants caught from the forests were brought here and put in wooden cages known as Aanakoodu.

Places to Stay in Pathanamthitta

Pathanamrthitta have some of the best hotels, resorts and homestays. Some of the best places to stay in Pathanamthitta are Vanjipuzha Palace Heritage Resort, Heavenly Homestay, Homestays like Mannaas Veedu, Tulasidalam and Therakath Gardens, Hotel Elite etc.