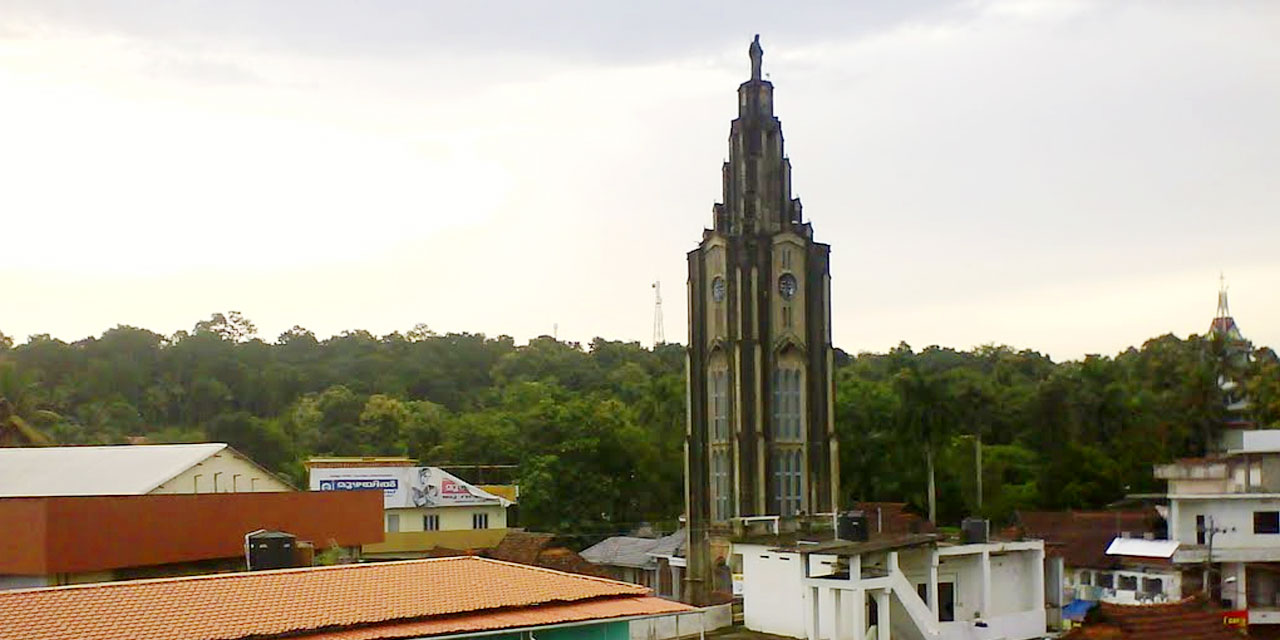 Pala is the land of churches. This flourished town with so many lush green places is on the banks of Meenachil River. Blessed with so many attractions now this place is becoming popular along with Kerala tourism.

It is believed that the name Pala is a corruption of ‘Palazhi’, the mythological ocean of milk. Another belief is that the first Christian settlers from Paloor gave Pala its name. Pala is also known as the city of Christians. Majority of Syrian Christian community here traces its origin to the revered St Thomas.

Pala was once the headquarters of Meenachil Region. Most of the natives are either farmers or businessmen. The main cultivation are rubber, pepper, plantain, coconut and tapioca. Rice is the major part of the diet.

Pala houses numerous cultural and educational institutions which are counted as the best in the state. There are so many attractions in and around Pala. In close proximity lies Poonjar Kingdom.

Places to Visit in Pala 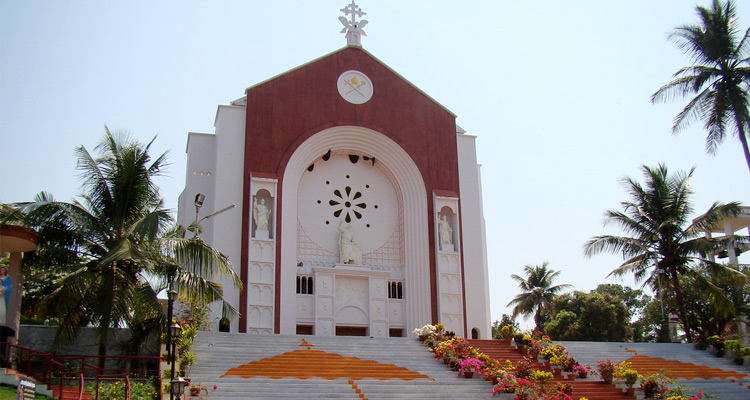 St Thomas cathedral of Pazhaya Palli was established in 1002 CE. In cream and brown this church looks so elegant. resembles Portuguese architecture. It was built with patronage of Hindu Feudal chiefs.

The New Cathedral located close by was originally modelled on a temple, but after significant renovations now this resembles Portuguese in its architecture. The Church also relocated along with the formation of the cathedral. 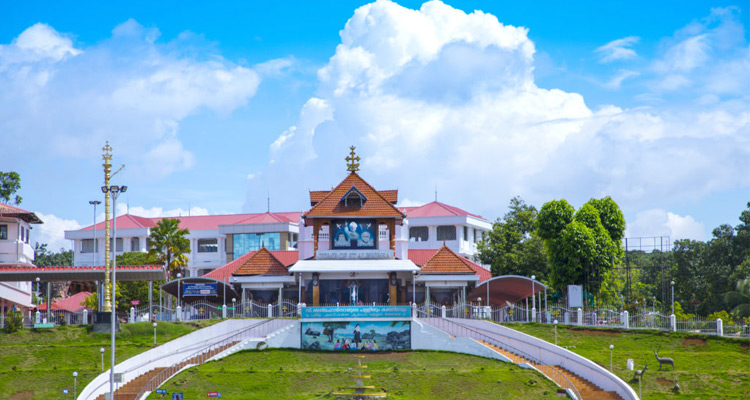 The Anakallu St Mary’s Forane church located around 9 km from Pala houses the marble tomb of revered Saint Alphonsa called as Annakutty by devotees. Alphonsa was beatified in the year 1986 by Pope John Paul II.

St Alphonsa was canonised by Pope Benedict XVI. The Sr Alphonsa Museum in here has some of the beautiful moments and memories of Annakutty. There are photos of Alphonsa’s home, school and of the room at the Clarist Convent opposite the church where she lay ill. 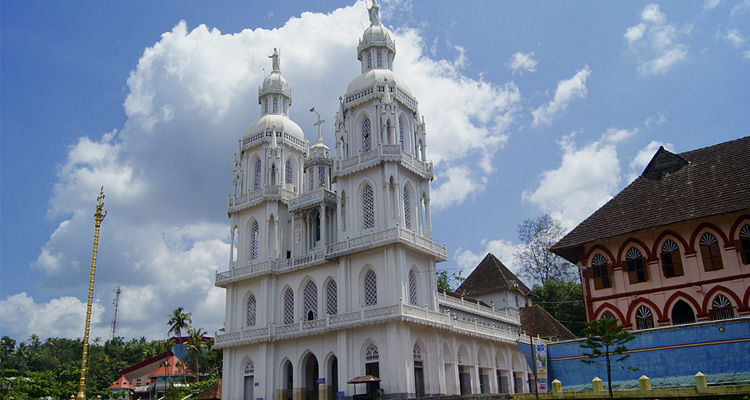 The first thing that you notice about this church is the majestic 48 feet high cross carved out of a single block of stone. The Cross was established here in 1597. But the history of the church dates back to Christianity itself. The origin of the church is attributed to three Christian families who moved to Kuravilangad in the second century CE.

Another story related to the origin of the church is a miracle story. The story goes like this, when an old lady encouraged children tending their flock to build a church suddenly a spring sprouted from the earth.

The church was built in 345 CE. The spring still exist and is considered as Holy Water. A unique blend of Roman and Portuguese sculptures is the main altar of the church.

There is a museum in palace featuring royal collection of antiques, rock cut lamps, sculptures, furnitures like a Palanquin, a doni carved from single wood piece, chandeliers, Palm leaf engravings, jewel boxes, varieties of lamps, sculptures of Nataraja (the dancing Shiva), grain measures, statues and weapons. The palace made almost entirely of wood is a typical example of Traditional Kerala architecture. 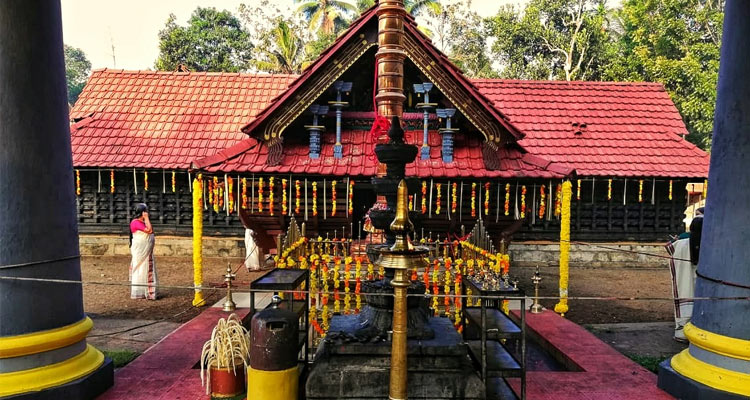 Adjacent to the palace are the beautiful Madurai Meenakshi and Sastha temples. The Meenakshi temple is well known for stone engravings . The idol here is brought from Madurai. The temple has Ramayana etched in stone which shows the Tamil influence. The Satha temple is a real work of Art. The rooftop support is made out of a single piece of wood. 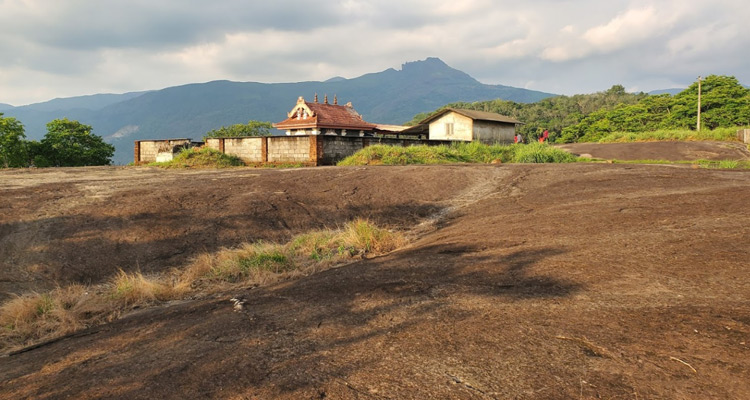 A beautiful hilltop with black rocks stretching endlessly add special charm to this place. On top of this you can see Ernakulam sea and also some beautiful glimpses of Backwaters in alappuzha.

Places to Stay in Pala

There are some beautiful and comforting homestays in Pala. These homestays situated in the greenery of plantations of rubber, cloves pepper and cardamom offers you the most amazing accommodation facilities.

Some of the best places to stay here are Vanilla Country, Kottukapally Nasrani Tharavadu, Ann’s Country Retreat. Apart from the home stays there are some hotels and resorts which offers you great stay and delicious food. They are Maharani Hotel and Oshana Resort.