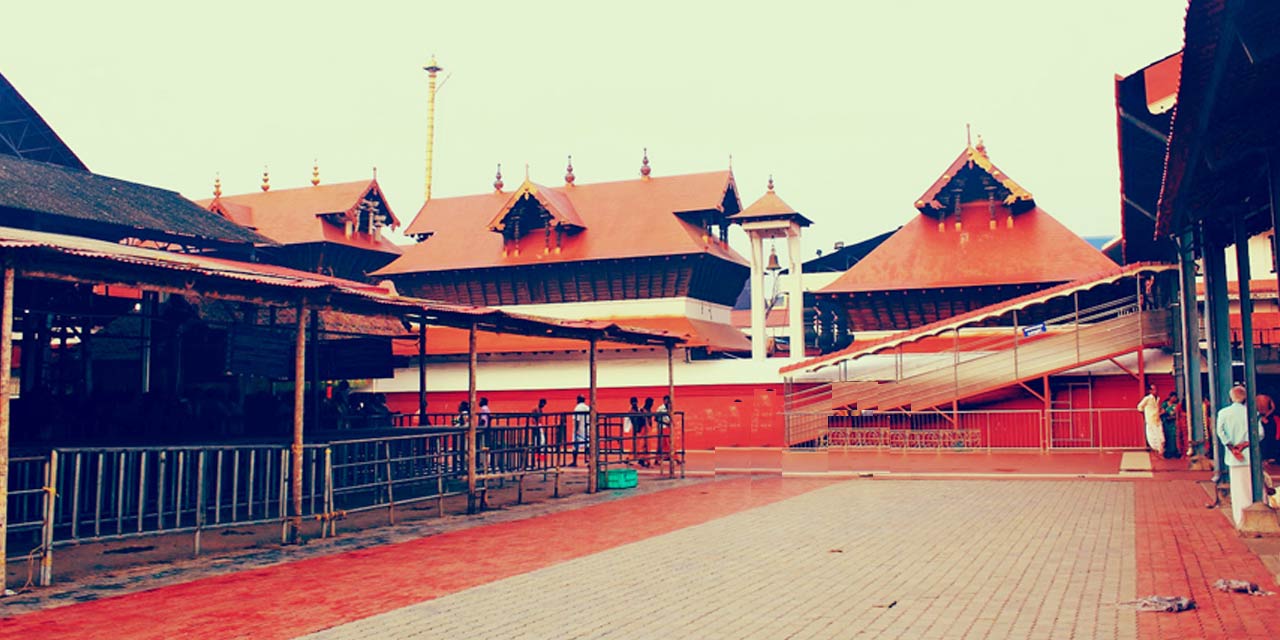 Its pure faith that transformed Guruvayoor more than just a temple town. Guruvayoor, the abode of Lord Guruvayoorappan is the most famous pilgrimage destination in Kerala. Thousands of devotees visit here irrespective of months and seasons.

The temple enshrines Balagopalan, the child form of Lord Krishna. Lord Guruvayoorappan is on of the pretty forms of Lord Vishnu. Historical reference on the temple date back to fourteenth century.

The name Guruvayur is derived from three words - Guru, Vayu and Oor. Guru is Brihaspathi, Vayu is the Wind God and Oor literally means Land. It is believed that Guru rescued the childlike Krishna idol from a flood during the start of Kaliyuga and installed this image with the help of Vayu at Guruvayoor. There are many mythological stories associated with this temple.

Places to Visit in Guruvayoor 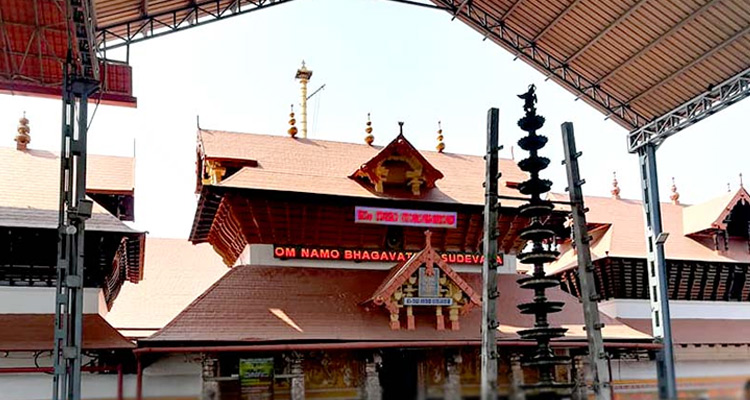 Guruvayoorappan Temple also called as the Dwaraka of South is well known for its healing powers. This is one of the most famous and most visited temple in South India. In here one can see people making so many variety of offering to the Lord.

The prime deity of this temple is the child form of Lord Krishna, known as Balagopalan. Many ceremonies are conducted here including weddings, Choroonu - a sacred ceremony of feeding the child annam (rice) first time. Elaborate Pujas and so many offerings are held here.

From simple Archanas to Thulabharam in which the person is weighed against offerings of Bananas, coconut, sugar and Jaggery. The mural painting and images on the walls of the sanctum sanctorum depicts the childhood of Krishna. The temple offers free meals twice a day to all needy devotees visiting the temple. 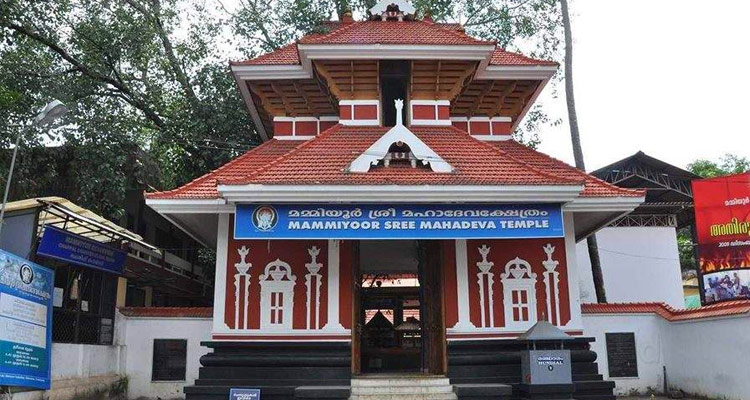 According to common belief Lord Siva moved to Mammiyoor Mahadeva Temple after making way to Lord Krishna. Mammiyoor temple is located very close to Guruvayoorappan temple. It is believed that a visit to Guruvayur will not be complete without offering prayers at Mammiyur temple. 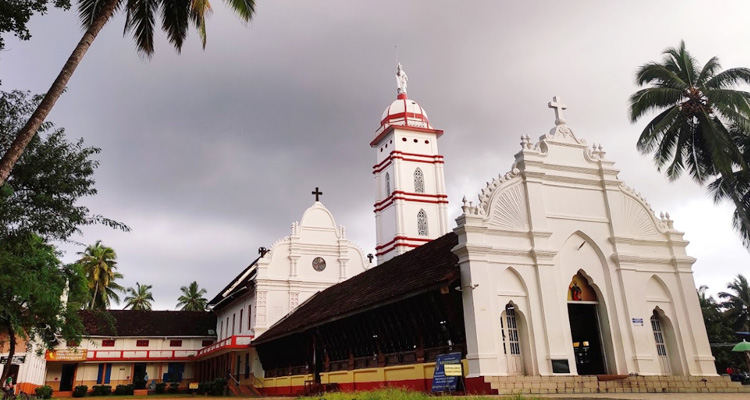 Palayur Church founded by Apostle St Thomas is an important christian pilgrimage centre. Palayur church is the oldest of the seven and half churches founded by St Thomas and is the oldest church in India. Visit the Big Museum and Thaliyoorkulam pond close to the church. 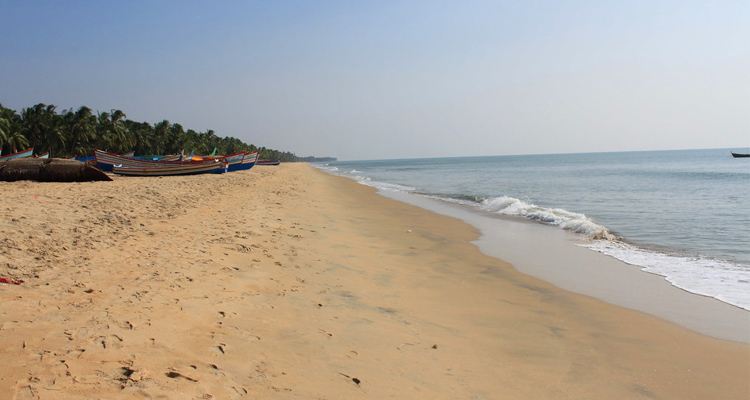 The serene Chavakkad Beach is a famous tourist attraction as well as a shooting location. Located 4 km from Guruvayoor all the pilgrims visit this long peaceful stretch. further up the beach is a beautiful 100 foot high Chetwai Lighthouse. One can enjoy the panoramic view of the sea and the surroundings. 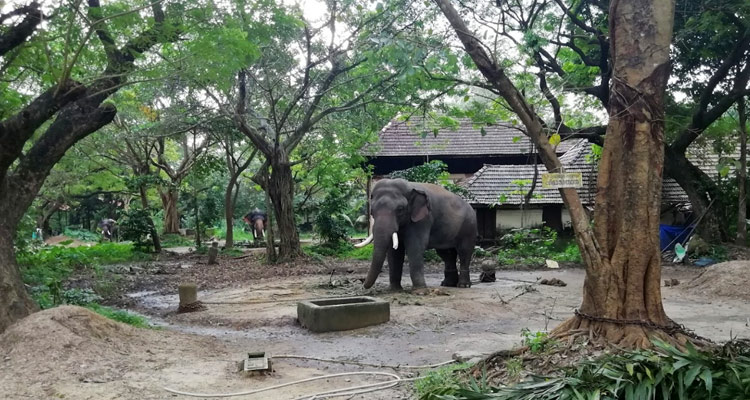 The largest elephant camp in India is situated close to Thrissur in Punnathoor Kotta. The elephants are well treated in this camp. There are so many elephants in the camp and is an ideal example of elephant love.

There is an elephant race conducted in every year to determine who will carry the Guruvayurappan Idol during the festival. Elephants in the elephant camp will participate in this. This interesting event attracts thousands of tourists to this place.

Where To Stay in Guruvayoor

Guruvayoor has so many good hotels resorts and homestays. Some of the best staying options in Guruvayoor are Sopanam Heritage, Hotel Vanamala Kusumam, Bhasuri Inn, Hotel Regency, Govindam Residency, Rajah’s Island and Zamorins Ayurvedic Health Retreat where you will get Ayurvedic treatments and also learn Yoga.

Where To Eat in Guruvayoor

There are some good clean hotels in the temple town offering delicious food. Most of the hotels here are vegetarian, but there are some non vegetarian hotels also. Some of the best places to eat are Indian Coffee House, Rasoi Restaurant, Agrashala, Vishakam Restaurant, Annalakshmi, Golden Leaf and Regal Heritage Hotel.