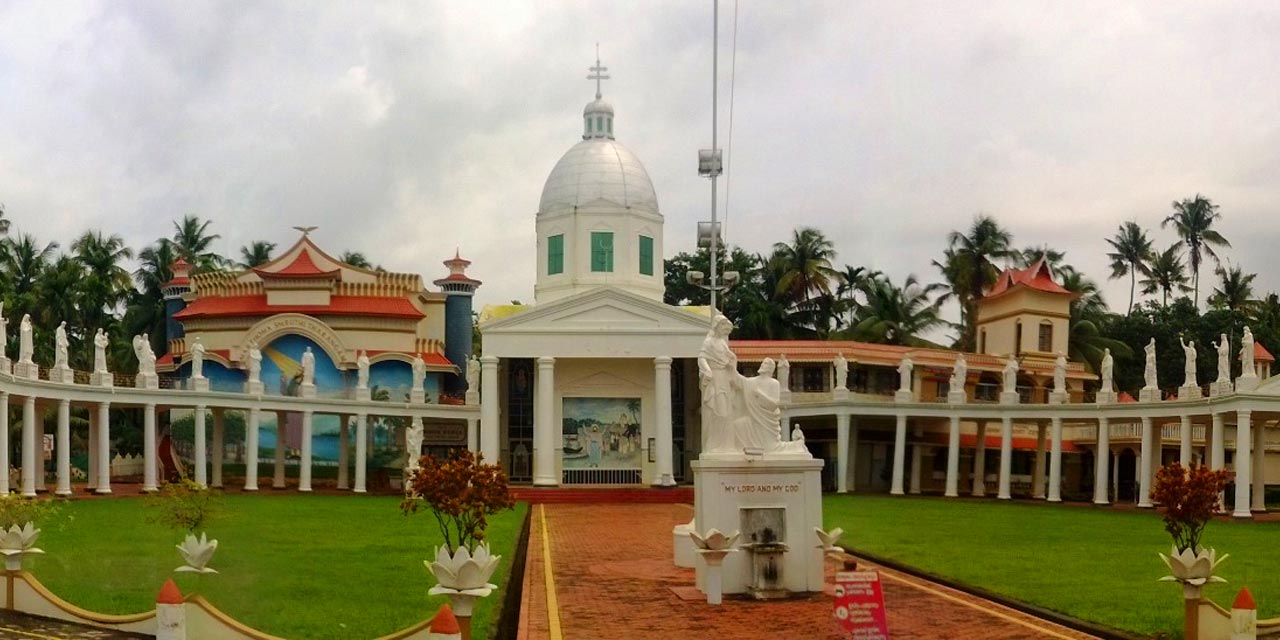 Kodungallur, known as Muziris in the ancient world is a busy city in the district of Thrissur. Kodungallur is renowned for its port and the temple dedicated to Goddess Bhagawati.

Also this is where St. Thomas the Apostle first landed in India and was known as the ‘Rome of India’ till fifteenth century. Kodungallur was the gateway for Christianity and Islam. It was the centre of Indian church.

It is believed that Thomas the Apostle of Jesus had landed in Kodungallur in 52 AD to spread Christianity in India. The first Christian church in India was built in this place.

The first Muslim religious place in India, the Cheraman Juma Masjid was also built in Kodungallur in 629 AD. Kodungallur was a part of famous Muziris and was the capital of the Cheraman Kings during seventh century. Muziris was refereed in many epics and ancient literature like Ramayana, Mahabharata, Chilappathikaram and Akananuru.

Kodungallur was an established centre in the Indian sea trading. It had regular trade links with Syria, Asia Minor, Egypt and many other Middle East countries during the prehistoric periods. The city was known for exports of many spices.

Places to Visit in Kodungallur 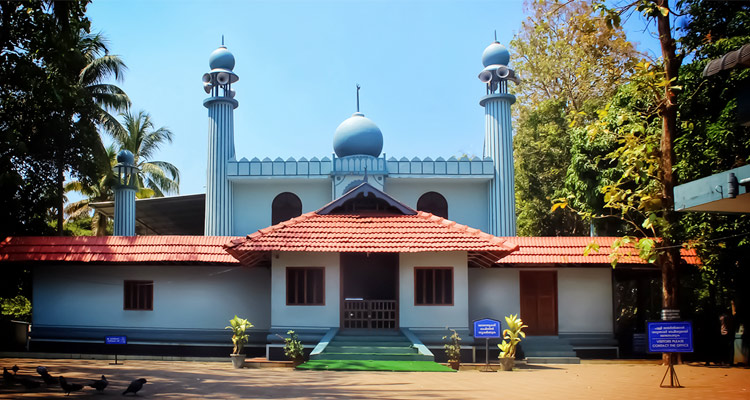 Cheraman Juma Masjid located in Thrissur is the first mosque in India and the second in the world. This Mosque resembles a Hindu temple in appearance and was built in 629 A.D.

There is an oil lamp at the centre of the Mosque which is of great significance to people of all religions. The highest point in Kodungallur is inside the prayer room of the mosque. 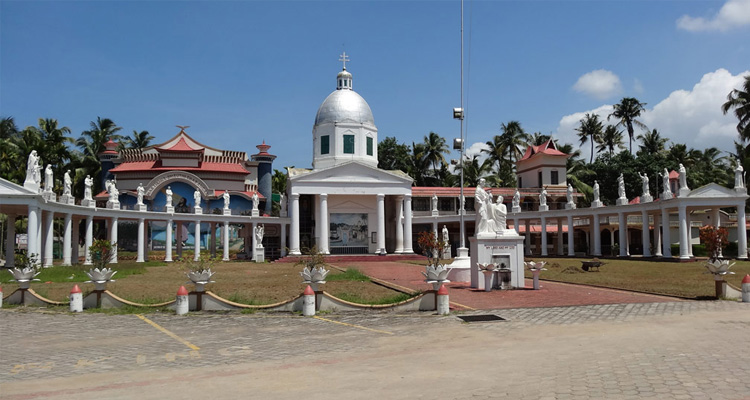 This shrine built with colonnades and based on the St Peter’s Basilica in Rome is like memoir of St Thomas’s landing in India. There is a painting inside the which depicts his arrival. The bone of right arm of St Thomas is preserved in here as a relic. 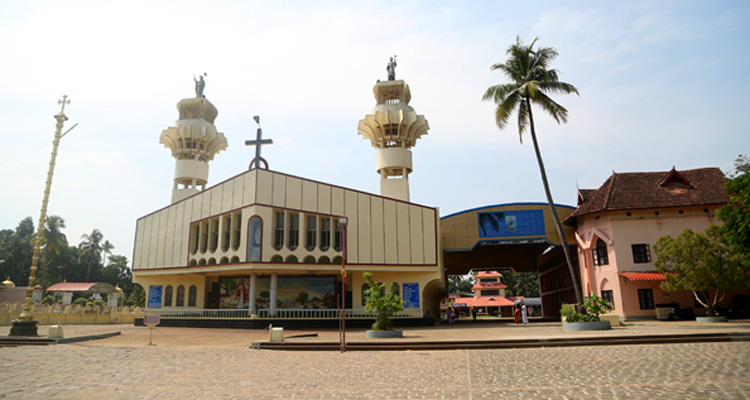 Koratty Muthy church is the place where the image of Mother Mary is placed during the feast. The Rooppura at the St Mary’s Forane church in Koratty is built in the traditional hindu architectural style of Kerala.

After Velankanni this is the most visited christian pilgrimage centre. The church wall has paintings of scenes depicting Mary’s life. 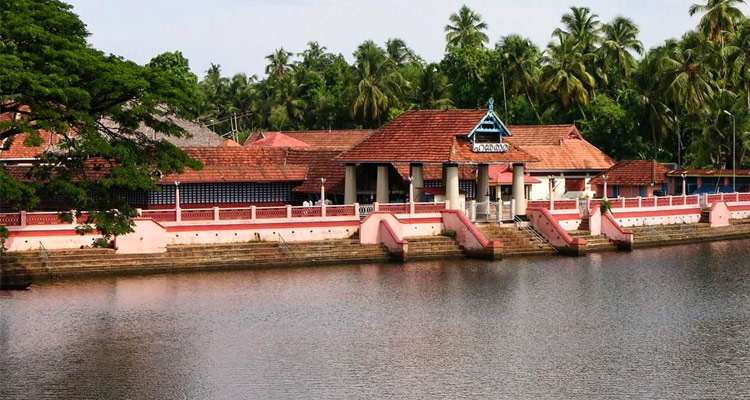 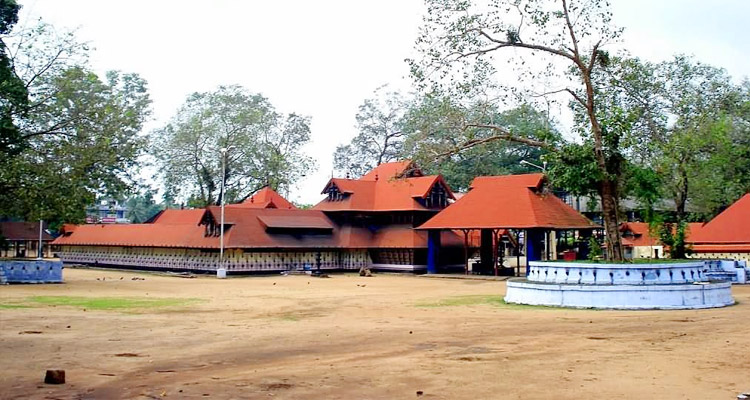 Kodungallur Bhagavathy temple is a famous pilgrim centre among Hindus. The temple is renowned for the Bharani festival. This temple is believed to have been a Shiva temple by origin. The worship is offered first to Shiva and then to Bhagavathy.

The image of Bhagawati is believed to have been carved out of a jack fruit tree. The face of the image is covered with a mask, and the image is decorated with several pieces of jewelry. Bharani festival one of the most grand festival in Kerala during which the deity is offered in the innermost sanctum. 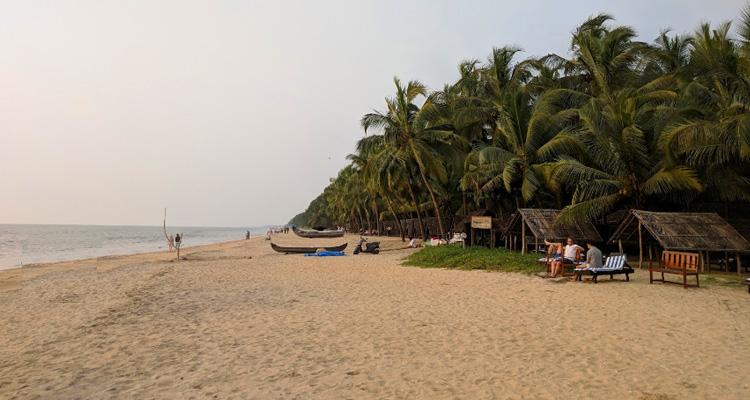 This Golden sandy beach is few kilometer away from Kodungallur in Thrissur city. This is an Eco friendly beach with swaying palm trees. The breathtaking beauty and the serene ambiance of the beach made it a perfect place to relax away from the tensions and worries of modern day life. There are so many resorts and shops close to the beach. One can indulge in beach volleyball, deep sea fishing and various other water sports.

Where To Stay in Kodungallur