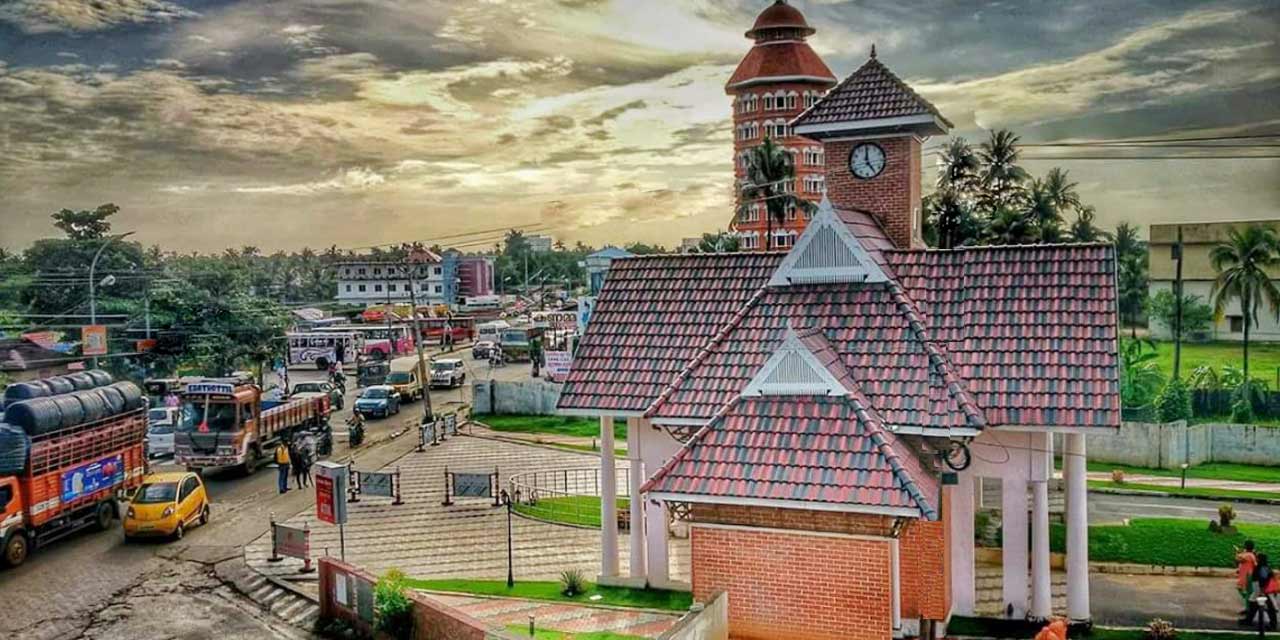 Kalady, a popular Hindu Religious destination is situated majestically on the banks of the River Periyar. The Word Kalady literally means feet. Kalady is popular for being the birthplace of Adi Sankara, the founder of the Advaita order. Adi Sankara was born in a Brahmin family in 8th century. Sringeri Mutt, the shrine was built here in his memory.

Kalady is at the centre of a sacred circuit that includes a hill the Apostle St Thomas paused to pray on his way to Mylapore. Kalady is also an important stop on the Sabarimala pilgrimage.

There is also a beautiful Jain temple at the hilltop. Periyar river flows through Kalady and here its called as Kalady River. There is a legendary story behind origin of the river.

While going to River Poorna, young Sankara’s mother fainted. By knowing this Sankara prayed to Lord Krishna and Krishna blessed him by saying that the river will originate from the feet (Kalady) of Sankara. One can see that the river takes an unusual turn from here to the Mutt. The river connects the history and geography of this place.

Places to Visit in Kalady 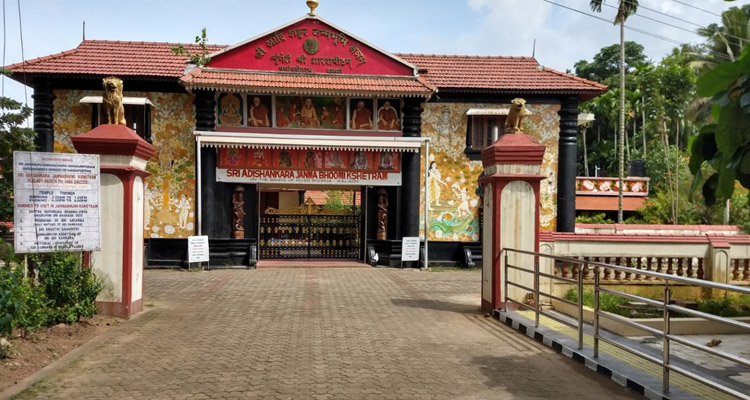 The Sringeri Mutt is a renowned Ashram dedicated to the great saint, philosopher and visionary Adi Sankara. The Mutt has the ashram and many small temples and is located on the banks of the Periyar River (River Poorna). The Sringeri Mutt was built at the place where Adi Sankara’s house once stood.

Kalady is the place where Adi Shankaracharya brought miracles with his presence. He mastered the Vedas and dedicated his life to preaching the Vedic Dharma with the establishment of four mutts at Puri, Sringeri, Dwaraka and Joshimath.

There are two important temples within the Mutt. One of the temple is dedicated to Sankaracharya himself and the other one to Goddess Sharada. The goddess is the patron of the Sringeri Mutt, which maintains the Kalady Shrine.

A small temple dedicated to Sankara’s mother is also located here. The eight sided Adi Sankara Janmabhumi Kshetram has a central courtyard. There are small temples dedicated to Hindu Gods including Lord Ganesha in the Mutt complex. The main festival celebrated here is the Navarathri festival. 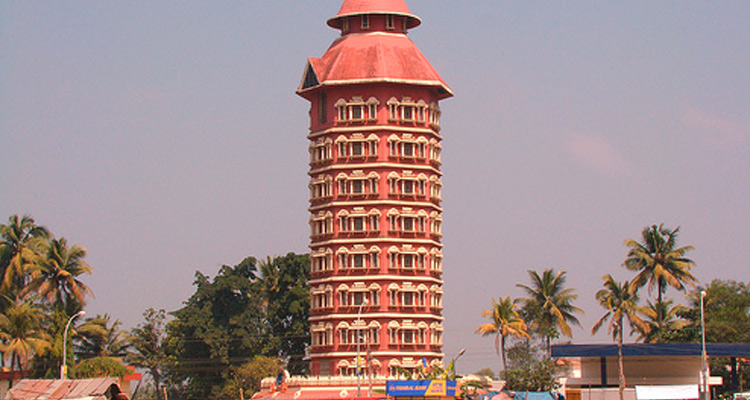 Keerthi Sthambam or the Pillar of Fame is a large open structure on the banks of River Periyar. On the top of the structure adorned the lively structure of Adi Sankara. The view from here is breathtaking. On the walls there are many inscriptions depicting the episodes from the life and mission of Adi Sankara. 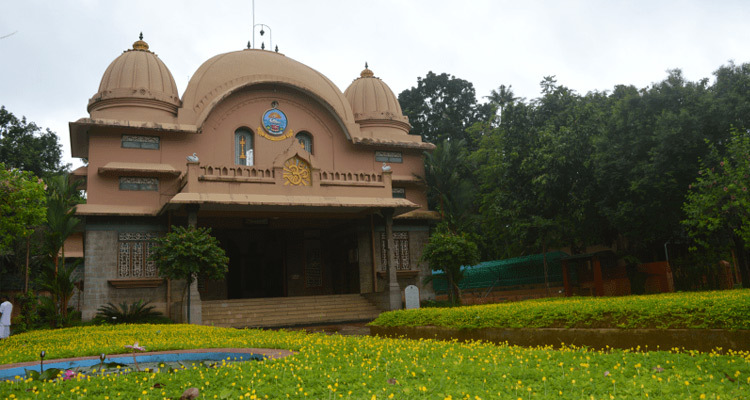 The prayer hall in the Ashram was adorned with images of Gods and pictures of visionaries in all religions and faiths. A lively Marble statue of Sri Ramakrishna is also housed here. There is a beautiful garden in the ashram. 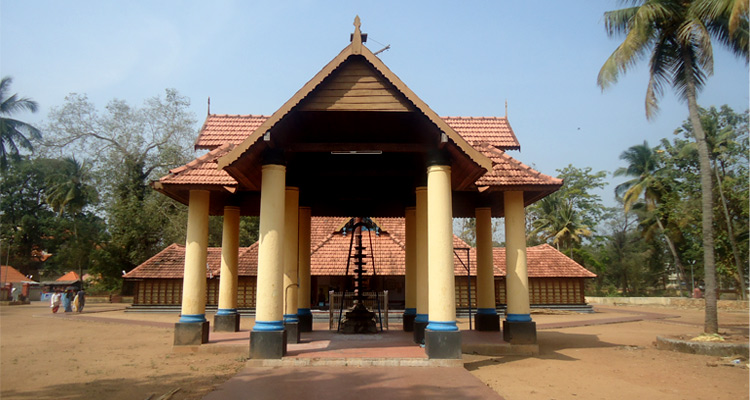 One of the major attraction is the Vamanamoorthy temple located at Thrikkakara near Kalady. This is a rare temple dedicated to Vamanamoorthy, the incarnation of Lord Vishnu. This ancient Kerala temple is an amazing architectural beauty.

Inscriptions seen in the shrine date back to tenth and thirteenth centuries. The belief is that Lord Vishnu took incarnation as Vamana to send the Asura King Mahabali to “Pathalam”.

The fame of the efficient and generous king Mahabali even reached to the ears of Indra, the King of Gods. He saw a threat in the growth and fame of Mahabali so he prayed Lord Vishnu and Lord Vishnu pushed him under the earth with his form as Vamana. The state festival of Kerala, Onam is celebrating in memory of King Mahabali. 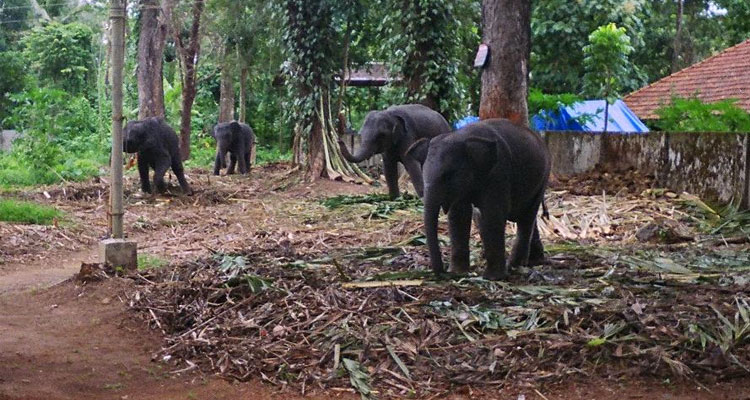 The elephant training centre (kraal) situated in Kodanad was built in 1965. Kodanad, a centre to train elephants is set on the beautiful banks of the River Periyar amidst the stunning high ranges of Perumbavoor. Here elephants are trained to log wood perform temple duties and for safari rides.

Both adults and children can ride on elephants without any fear. The centre is a training centre for mahouts too. Kodanad is also an animal rescue centre. There is a mini zoo at Kodanad. 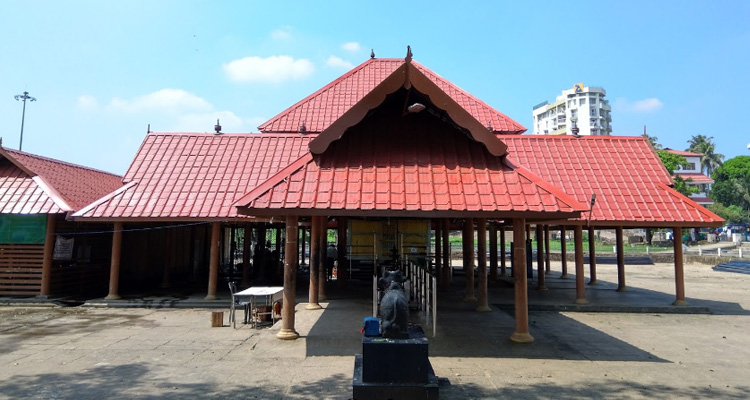 Where To Stay in Kalady

Other places to stay in Kalady are Sringeri Mutt Complex, Ramakrishna Ashram, KTDC Tamarind among which the first two require advance notice for staying. In Nagarjuna Ayurveda Centre one can have a treatment holiday.