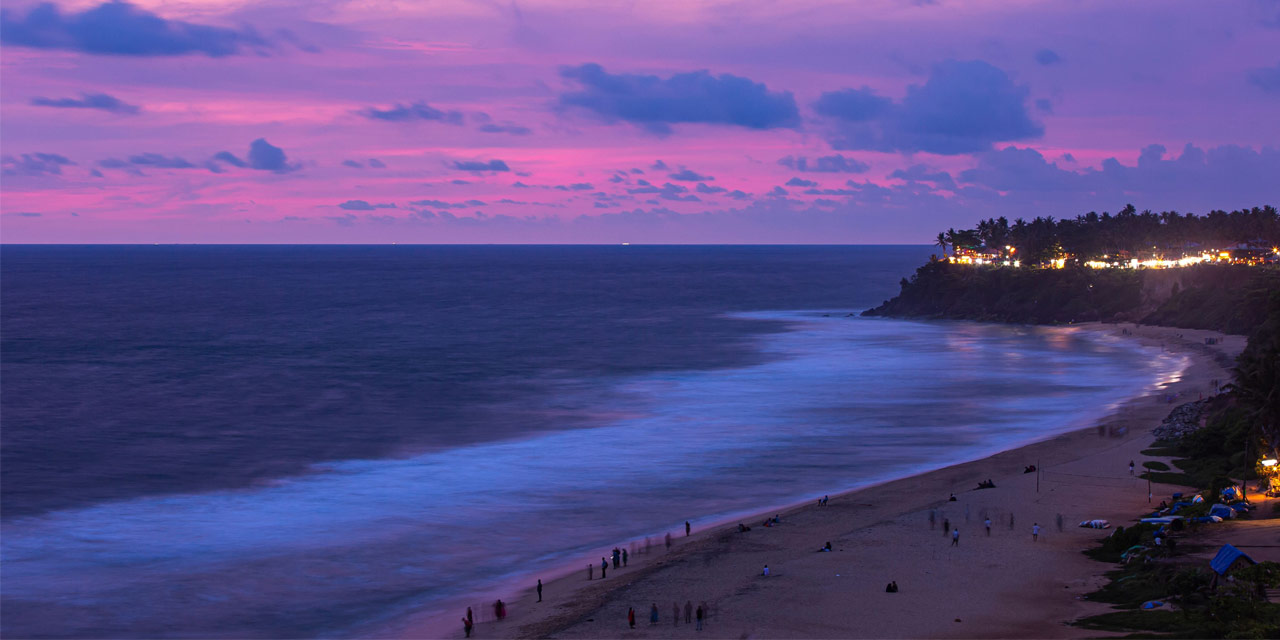 This place is surrounded by the greenery of deep valleys and tea gardens. Varkala is famous for so many hill stations, serene backwaters, cool natural springs, and solitude of the beaches. Varkala is also a well known pilgrimage centre.

Places to Visit in Varkala

This temple is believed to be two millennia old. The present structure dated back to twelfth century. The temple is located in a beautiful scenic spot, a short walk away from the cliff top. The original temple, A vishnu shrine was destroyed by the tidal waves.

The popular belief is that many years back when a Pandyan King did penance to Lord Brahma he was instructed to rebuild the temple. A perennial spring called Padmatheertham feed the temple.

Papanasam Beach, a secluded 500-meter stretch of white sand between the steep red cliffs is a popular tourist attraction in Varkala. This is covered with coconut palms and the azure Arabian Sea.

Papanasam one of the main beaches of Varkala is a respected Hindu pilgrimage site.The belief is that a dip in the holy waters of this beach washes away all sins and thereby purifies the body and spirit. The name itself represents this.

Sivagiri, a 200 acre holy land is famous for Sivagiri Mutt. Sivagiri Mutt is a memorial of Shri Narayana Guru. This is the final resting place of Sree Narayana Guru and is located at Varkala in the capital city of Kerala. The Mutt is about 3 km from Varkala on the banks of the Thiruvananthapuram - Shoranur canal.

Every year the ashram celebrates Guru Deva Jayanti (in August) and the Gurudeva Samadhi (in September). Large number of devotees donned in yellow attire stream to Sivagiri during this time from different parts of Kerala and outside. The mutt is a vast expanse of organic farms and rare species of trees. There is Sarada Temple dedicated to Saraswati.

This short stretch is a perfect place to relax and rejuvenate one’s soul. The north cliff descends into Thiruvambady or Black Sand Beach.

Kappil beach is the meeting point of Kappil lake and Arabian Sea. This calm and secluded place is a best place to visit. One can also visit Kappil Lake, the scenic lake situated 6 km north of Varkala town which opens way to the world of Kerala backwaters.

There is a bridge over the lake to view the mesmerising sight of backwater stretches. Take a backwater cruise and explore the stunning beauty of the places around.

Varkala tunnel, a popular tourist attraction is the 924 feet tunnel built in the rocky cliffs. Ancient times it was used for ferrying several type of goods. Varkala Tunnel is a historically significant landmark of this wonderful place. A visit to Varkala is incomplete without the sight of Varkala Tunnel.

Where To Stay in Varkala