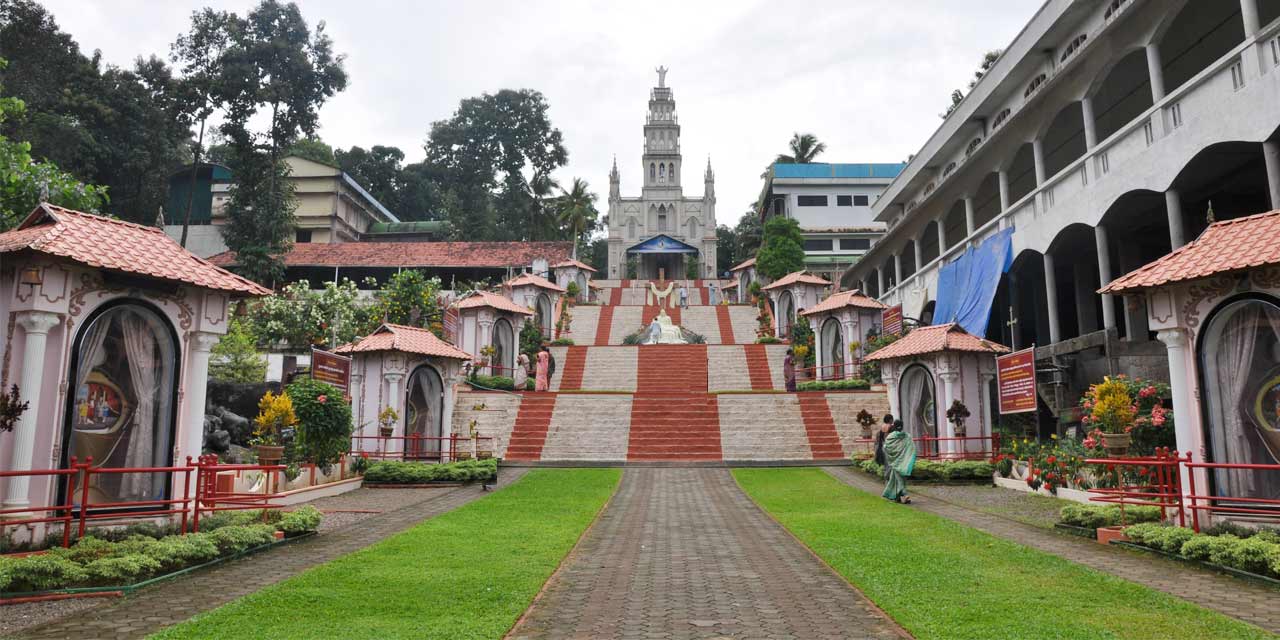 Kanjirappally, a small beautiful town on the foothills of Western Ghats have great historical and cultural importance. Kanjirappally is called as the ‘Queen of Malanad’ and the ‘Gateway of Malanad’. Malanad literally means The Land of Mountains.

Kanjirappally town is located in the Kottayam District. Rubber trees dot the hills. Kanjirappally was a leading trade centre for farmers from the mountains to market their products such as pepper, ginger, coconut, arecanut and many other spices. This place is most famous for its numerous rubber plantations.

The early settlers cultivated paddy and other crops in hills and valleys. But Later on they became the pioneers in the cultivation of huge Rubber plantations which made Kanjirappally one of the most prosperous town in Kerala. Rubber (Latex) plantations are a major source of income for the local population. The place has a strong Christian population. It is believed that the Apostle St Thomas established the first Christian community in the place.

Places to Visit in Kanjirappally

There is some of the most beautiful temples, churches and mosques in this place. The presence of the Hindu, Christian and Muslim communities adds to the Communal harmony of Kanjirappally. 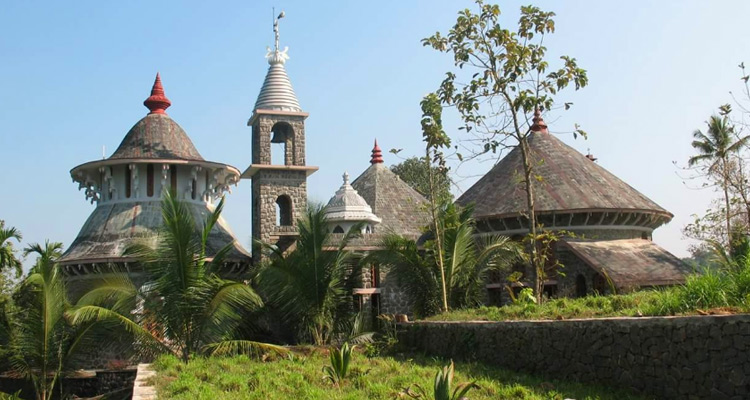 This Roman Catholic Monastery located about 5 km from Kanjirappally junction shows Hindu Influences. There is a multi tiered stone lamp topped by a cross in the front yard. Huge carved opens to a marble floor where one can see a cement roof adorned with floral patterns. The altar is beautiful with stained glass windows and a traditional Hindu ornament box which is a unique feature of this church. 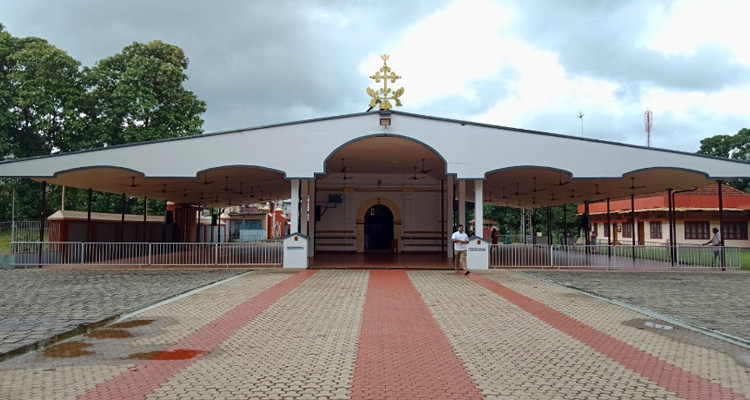 St Mary’s church also called as Pazhaya Palli is the oldest church in the town. This church is established in the year 1449 and is preserved in in its original form. This is a Syrian Christian church located in Kanjirappally. The simple structure of the church is attractive. 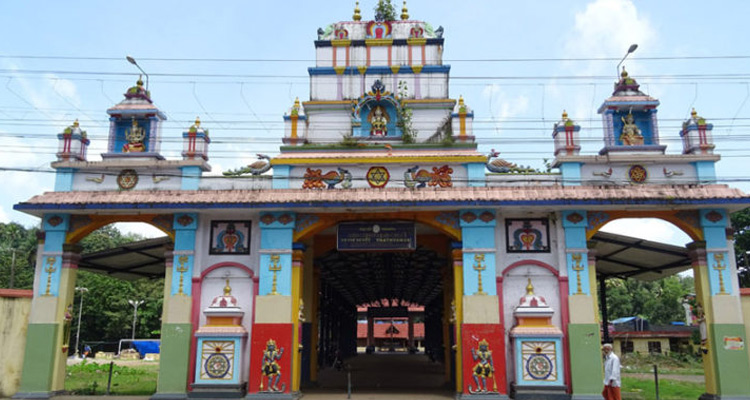 Erumeli, a small panchayath 17 km south east of Kanjirappally is a pilgrimage town with some famous temples and mosque. This place can host almost 10 million pilgrims. Legend has it that Lord Ayyappa killed demon Mahishi here. 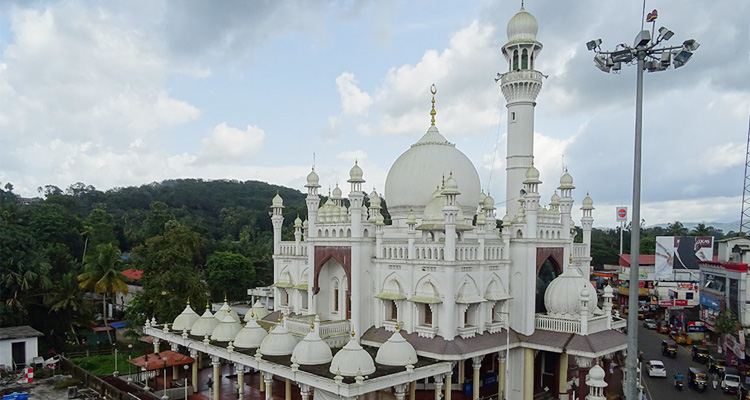 The Vavar Mosque situated in Erumeli, a small beautiful Panchayath in Kanjirappally is an enduring symbol of Hindu Muslim unity. This ash grey structure is beautiful with lattice work on the walls and railings. From the wide corridors of the mosque one can see the breathtaking beauty of the surroundings.

During Sabarimala season this place filled with Ayyappa devotees. Its believed that Vavar, a Muslim was friend and guide to Ayyappa. The pilgrims visit the mosque to celebrate the friendship of Lord Ayyappa and Vavar Swami. This is mandatory for first time visitors. 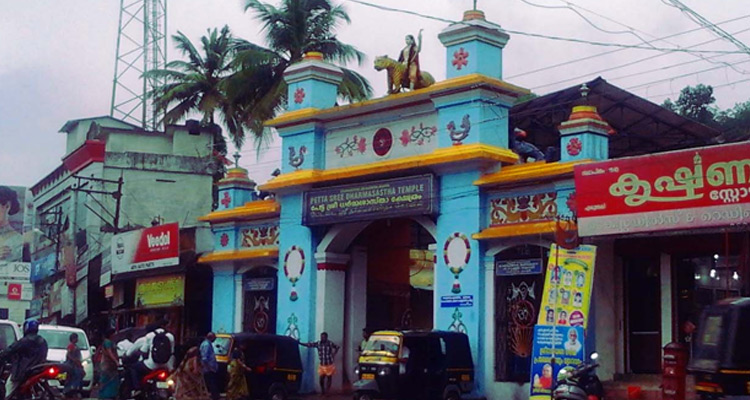 Kochambalam is the Sree Dharma Sastha Temple opposite to the Vavar Mosque in Erumeli. The temple is very small but has vast grounds all around with shelters to accommodate pilgrims. The famous Petta Thullal happens here. The devotees spread ash all over their body sight the Krishna Parunthu (The Garuda or Eagle) and set off dancing to Sabarimala. 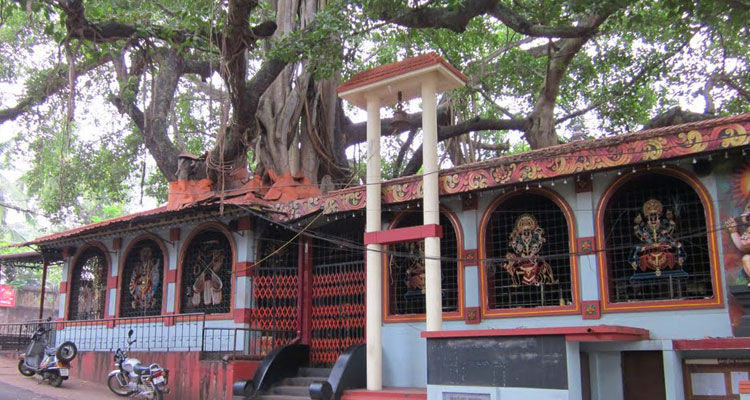 This is a typical Kerala style temple with intricate wood works on the walls. The temple is long and rectangular and the grounds around the temple has a resting station with 50 rooms and temporary shelters. There is a bathing ghat filled with water from the Koratty River where the devotees can take a dip before setting off for Sabarimala. The road from Kochambalam to Vellayambalam is considered as part of holy path to the shrine of Ayyappa.

Places to Stay in Kanjirappally

In Kanjirappally there are many Estate Bungalows and Homestays where you can experience the plantation life. Some of the best places to stay are Elamthottam Estate Bungalow, Kalaketty Estate Bungalow, Aerthayil Home Stay, Mundakayam Club, Erunnakutty Bungalow, Little Bungalow and Chamundi Hill Palace Ayurvedic Resort.